Is there currently a class-action Lexapro lawsuit?

Class-action lawsuits over the role of selective serotonin reuptake inhibitor (SSRI) antidepressants in birth defects continue in Canada. Although McIntyre Law is based in Oklahoma, we can represent you no matter where you live. We pride ourselves on giving our clients small-town service. Our founder and senior partner, Noble McIntyre, is just a phone call away.

If you’re Canadian and you and your child have suffered because of Lexapro, you may be eligible to file a Lexapro lawsuit. But going up against pharmaceutical companies can be an uphill battle if you’re doing it alone. You’ll be up against multinational corporations that have nearly unlimited resources to keep you from getting the compensation you may be entitled to.

You’ll need to acquire medical records and birth records for you and your child, along with other legal paperwork such as subpoenas and court petitions. McIntyre Law can help you figure out how to get those records. We’ll listen to your story and use it to file a Lexapro lawsuit that’s prepared correctly and delivered on time.

Form a team with McIntyre Law, and our experienced, strategic attorneys can give you the best chance of winning your Lexapro lawsuit against pharmaceutical companies.

When a lawyer works on a contingency fee basis, they’re agreeing to accept a fixed percentage of any monetary rewards from your lawsuit to cover their legal fees. If there are no rewards from the case, you don’t pay the lawyer. We get paid if, and only if, you do.

The Statute of Limitations for Lexapro Lawsuits

The statute of limitations for filing a Lexapro lawsuit may vary by province or territory. Call McIntyre Law to find out the details for your area. But in the case of a developmental delay in a child, like autism, you may not even know that there’s a problem until well after the child is born. Will the time limit to file a lawsuit already have passed?

If you’re a Canadian who took Lexapro while you were pregnant, consider contacting the Lexapro attorneys at McIntyre Law before it’s too late. We can help you find out whether you have the sound legal standing to file a Lexapro lawsuit.

What compensation can I get from a Lexapro lawsuit?

The courts decide how much compensation is awarded in a Lexapro lawsuit. In similar product liability cases, courts determine fair compensation by considering all of the ways side effects and complications impact the lives of plaintiffs, and this can extend beyond simply reimbursement for medical costs. Injuries caused by Lexapro are lifelong and can devastate families financially and emotionally. Compensation could include:

Families are suffering because of Lexapro birth defects. At McIntyre Law, we believe that drug companies should be held responsible for the suffering their products cause. It’s our mission to help suffering families receive justice from corporate misconduct. Companies deserve to be held accountable, and you and your family deserve fair compensation.

Do you have a case for a Lexapro lawsuit?

If you’re a Canadian resident who was prescribed Lexapro while pregnant, and your child has suffered complications, you may be entitled to compensation. One call to McIntyre Law will get your access to our Lexapro experts. Your consultation is free, so you have nothing to lose. Call today to get professional legal advice about your potential Lexapro lawsuit.

Let's work together as a team to get you the compensation you deserve. 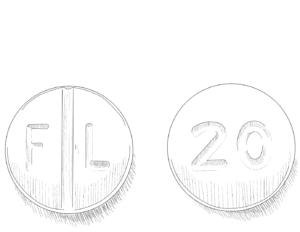 Lexapro is in the family of drugs called selective serotonin reuptake inhibitors (SSRIs). These powerful drugs are used to treat depression, anxiety, and other mood disorders. Neurotransmitters like serotonin are thought to be part of the body’s process for regulating thinking and mood. Higher serotonin levels can help improve the mood of people suffering from depression and anxiety. SSRIs increase the availability of serotonin in the body by preventing its reabsorption. When a pregnant woman takes an SSRI like Lexapro, the fetus shows higher than normal levels of serotonin.

Forest Laboratories (acquired by Allergan) produced Lexapro in the United States. The company has already paid multiple multi million dollar settlements in connection with Lexapro and other depression treatments they market. In 2010, Forest pleaded guilty to criminal charges and agreed to pay out $313 million in connection with misleading marketing claims.

Lexapro is one of a class of drugs used to treat depression called SSRIs. All have similar side effects — including causing birth defects and developmental delays. If you’re a Canadian whose child has suffered as a result of exposure to an SSRI while you were pregnant, you may still have a claim even if you took an SSRI other than Lexapro. Call McIntyre Law if you believe you or your family have suffered as a result of exposure to one of these SSRIs:

Lexapro Side Effects and Birth Defects

SSRIs have been shown to increase the risk of certain birth defects. Additional evidence shows that SSRIs may increase the risk of autism. Some of these side effects are evident at birth; others may develop later in your child’s life. If you’re a Canadian resident who’s taken Lexapro while pregnant, and your child is suffering from any of the following complications, contact a Lexapro lawyer immediately:

Lexapro Side Effects in Newborns

Is it safe to take Lexapro during pregnancy?

If you take Lexapro and become pregnant, consult your doctor right away. While SSRIs like Lexapro come with risks to a child’s development, so does untreated depression. Every patient is different, and you and your doctor will want to weigh the risks and benefits of taking Lexapro during pregnancy. Do not stop taking Lexapro without consulting your doctor, as this could lead to dangerous changes in your mental health.

After you give birth, be aware that your child will be exposed to Lexapro through breastfeeding. Be sure to consult your doctor before starting or stopping Lexapro use.

Despite studies showing a higher risk of birth defects when mothers take SSRIs while pregnant, Lexapro has never been recalled for that reason in the United States or Canada.

U.S. FDA approves Lexapro for treatment of MDD in adolescents 12-17.

Forest Pharmaceuticals agrees to pay $313 million in fines and compensation after being charged with misleading advertising of Lexapro.