Is there currently a class-action Zantac lawsuit?

There is currently a Zantac class-action lawsuit pending for victims who claim that Zantac’s manufacturer, Sanofi, neglected to inform users of the high levels of the carcinogen NDMA found in the drug. The class action was filed in September 2019, a month before Sanofi chose to conduct a voluntary recall of over-the-counter Zantac in October 2019. The plaintiffs are seeking monetary compensation for a host of damages, including the money spent on purchasing the drug, medical treatment, and attorney fees.

How is a class-action Zantac lawsuit different from individual cases?

As opposed to individual cases, class-action lawsuits are brought by one or more people on behalf of a larger group of plaintiffs who have suffered similar damages or have similar claims. Any settlement or compensation that results from the lawsuit is split amongst all individuals in the group.

Class-action lawsuits are unique in that they represent victims regardless of where they live. The same goes for McIntyre Law. We are an Oklahoma-based firm that operates with a nationwide reach, meaning we can offer you the highest quality legal representation no matter where you live. We pride ourselves on being a national firm that still delivers personalized, small-town service to clients from start to finish. You will even be able to directly contact the firm’s owner, Noble McIntyre, for questions and updates throughout your case.

What to Know Before you File a Lawsuit

Filing a lawsuit can be a complex process that requires thorough legal preparation. In civil cases, such as a drug liability lawsuit, the burden of proof falls on the plaintiff. This means that in order to prove your case, you’ll need to show just how you were harmed by Zantac. This process often requires you to collect medical records that outline your healthcare appointments and general health history. It’s important to note that the length of time your healthcare provider holds your records varies from state to state, so start by checking to see if yours are still accessible. In addition, you’ll also be required to file court documents like a complaint or petition, which summarizes your case for the court and acts as a summons to the defendant(s).

Plaintiffs who try to handle their drug liability cases by themselves frequently fail to get the results they would like. That’s why it’s important to get help from an established legal professional who knows how to stand up to these billion-dollar pharmaceutical corporations. At McIntyre Law, our knowledgeable and dedicated attorneys use years of experience to level the legal playing field and win larger awards than you might get going it alone.

Lawyers working on a “contingency fee” basis agree to accept a fixed percentage of any monetary rewards that result from your lawsuit to cover their legal fees. That means if there is no money recovered from your Zantac lawsuit, you don’t owe us anything. We only get paid once you do.

The Statute of Limitations for Zantac Lawsuits

Drug liability lawsuits, such as a Zantac lawsuit, must be filed within a certain window of time. This timeframe begins when a victim first notices any related symptoms, and it’s duration varies from state to state. For example, some states give victims as little as one year to file. That’s why it’s important to contact a drug liability lawyer as soon as possible to get your case underway.

What compensation can I get from a Zantac lawsuit?

After winning your Zantac lawsuit, the court will likely award you benefits for the damages you suffered. Though settlements vary from case to case, the common types of compensation you may receive from a drug liability lawsuit include:

At McIntyre Law, we’re not afraid to fight for the right thing. That’s why we litigate Zantac lawsuits. Someone needs to hold big pharmaceutical companies accountable for the pain and suffering they cause innocent people. If you’ve been harmed by the negligence of Zantac’s manufacturers, we understand your struggle. We’re here to defend your rights and get you the compensation you deserve.

Do you have a case for a Zantac lawsuit?

If you’re unsure about your eligibility, there’s no harm in calling an attorney for a free consultation to discuss your case. Zantac is a highly popular medication that has been taken by thousands of people, none of whom were warned about the drug’s potent NDMA content. You could likely have a case for a Zantac lawsuit if you:

Talking with a legal professional is well worth it. We’ll review your case, determine your eligibility, and fight to get you compensation for your pain and suffering.

How can you prove you’ve taken Zantac? 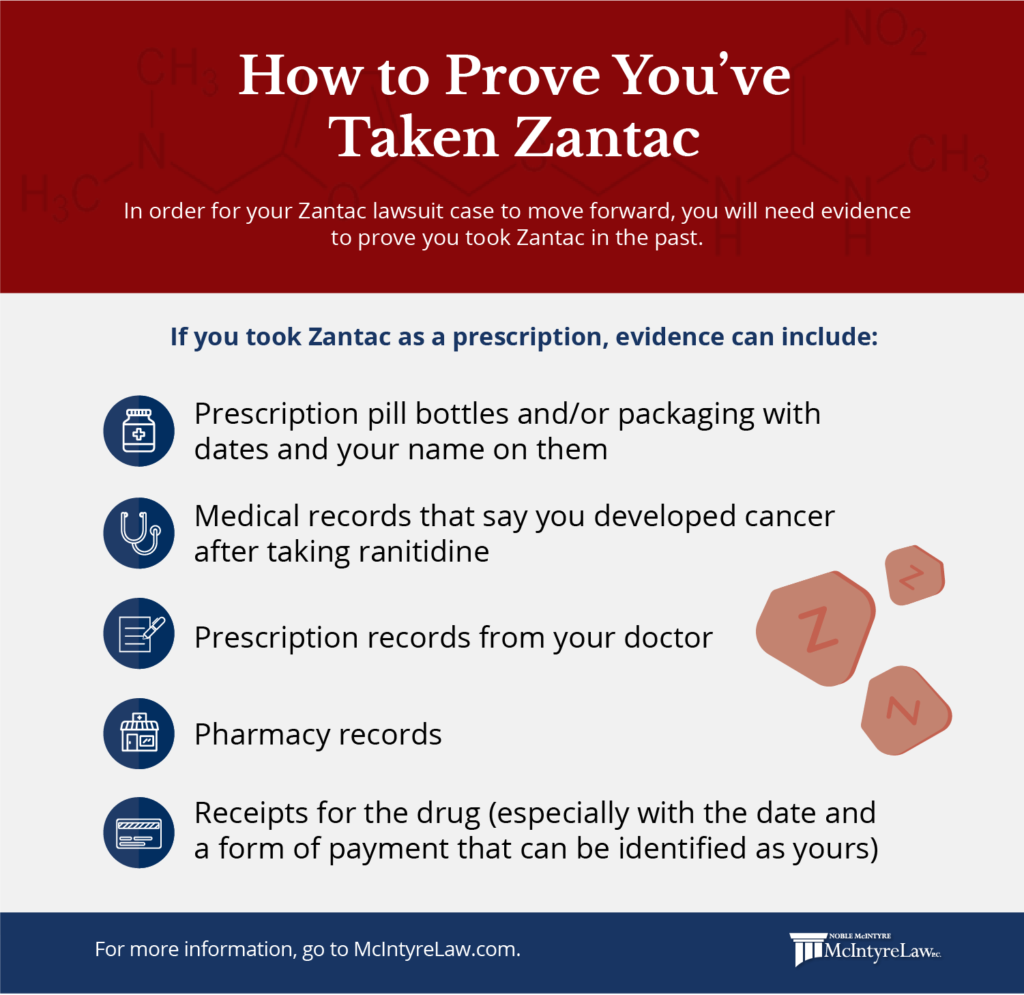 One of the most important things you’ll have to prove in a Zantac lawsuit is that your injury or cancer happened after you had been taking ranitidine for at least a year. If you were taking Zantac as a prescription, evidence may include:

If you took Zantac over the counter, it will be harder to prove you took the drug because there’ll be less official medical documentation. But as long as you told your doctor about the over-the-counter Zantac you took, they should have it recorded in their medication history for you. Old pill bottles, receipts, and/or a note from your doctor confirming that you took ranitidine may be useful. You may also consider an affidavit — a sworn written statement that’s notarized — stating that you took over-the-counter Zantac for a certain amount of time.

Our expert legal team is no stranger to defending victims against powerful corporations. We have decades of experience, a proven track history, and the resources to get you the compensation you deserve.

Zantac (known generically as ranitidine) is a popular antacid drug that can be obtained either over-the-counter or by prescription. The active ingredient in both forms of the medication is ranitidine hydrochloride (HCl). The drug is classified as a H2 (histamine-2) antagonist. Over-the-counter Zantac is most commonly used to relieve and prevent heartburn, while prescription strength Zantac is used to treat more severe issues, such as stomach ulcers or gastroesophageal reflux disease (GERD). 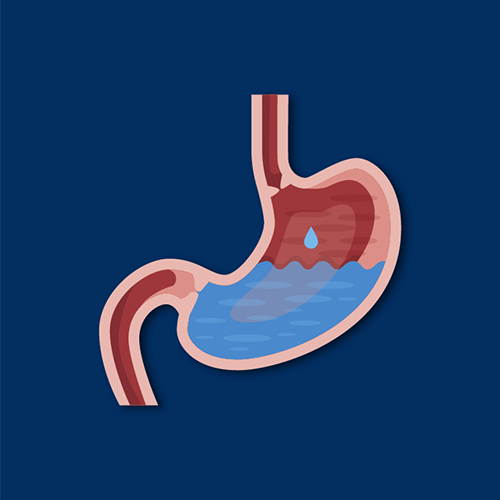 How does ranitidine work?

Ranitidine works by binding to, but not activating, histamine H2 receptors in the stomach. By essentially blocking these receptors, the amount of gastric acid generated within the stomach is reduced, as is the potential for heartburn. 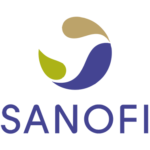 Zantac is manufactured by Sanofi, a French multinational pharmaceutical company. Sanofi is currently facing a number of lawsuits over Zantac, claiming that the company failed to warn users of the drug’s unusually high N-nitrosodimethylamine (NDMA) content. Even generic versions of Zantac are being pulled from shelves after having shown trace amounts of the same impurity.

Zantac Side Effects and Risks

Zantac is known to have a number of possible side-effects that range in severity and likelihood of occurrence. The drug’s listed side effects do not include the N-nitrosodimethylamine (NDMA) risks that have recently been discovered.

Reported side effects of Zantac

Does Zantac cause cancer?

It is possible that Zantac can cause cancer, though it is not listed as one of the drug’s potential side effects. Zantac has recently been found to contain unacceptably high levels of the nitrosamine impurity N-nitrosodimethylamine (NDMA). This substance is classified by the FDA as a “probable human carcinogen,” meaning that it could likely cause cancer in humans upon exposure. However, research is still ongoing in an attempt to draw a definitive link to Zantac use and the development of cancer.

Acute side effects of NDMA overexposure

Severe side effects of NDMA in ranitidine

On April 1, 2020, the FDA announced that it was requesting that manufacturers pull all prescription and over-the-counter ranitidine drugs from the market immediately. The decision was the latest step in an ongoing investigation of a contaminant and human carcinogen, N-nitrosodimethylamine (NDMA).

According to the FDA, the “acceptable daily intake” of NDMA is 96 nanograms (ng). However, research performed by Valisure detected NDMA levels as high as 3,000,000 ng per tablet when analyzing ranitidine products. Recent studies reveal that the impurity increases over time and in temperatures higher than room temperature, possibly leading to an unacceptable cancer risk to consumers.

The FDA’s action comes only six months after Sanofi conducted a voluntary recall of Zantac OTC (over-the-counter) in both the U.S. and Canada, in October 2019. Several generic-brand manufacturers had also recalled their versions of the drug in 2019.

Zantac and the FDA

The U.S. Food and Drug Administration (FDA) has been responsible for monitoring the labeling and side effects of Zantac since the drug hit the market in the 1980’s.

Ranitidine first discovered at Allen & Hanburys Ltd, a subsidiary of the Glaxo organization.

Several generic alternatives to Zantac are introduced to the market.

FDA issues the first of several revisions to Zantac’s label.

Drugs containing valsartan are recalled due to high levels of NDMA.

Sanofi voluntarily recalls Zantac OTC in the U.S. and Canada.

FDA requests removal of all ranitidine products from the U.S. market.

How did the drug ranitidine get approved by the FDA?

Ranitidine was first manufactured in 1977 by John Bradshaw at Allen & Hanburys Ltd., then part of the Glaxo organization. Glaxo patented the first form of Zantac in 1978, with the second form receiving a patent in 1985. The drug was first approved by the FDA in 1983 as a short-term treatment for common types of ulcers. At that time, there were no known NDMA complications associated with Zantac.

In 2018, the FDA began investigating the presence of the harmful impurity N-nitrosodimethylamine (NDMA) in various blood pressure and heart failure medicines classified as Angiotensin II Receptor Blockers (ARBs). Their research resulted in a number of ARBs being recalled from the market. A year later, in September of 2019, the FDA learned that some ranitidine medicines – including Zantac – also contain the impurity NDMA.This finding led Sanofi and other generic manufacturers to voluntarily recall their ranitidine medications.