Is there currently a class-action Roundup lawsuit?

There is no class-action Roundup lawsuit. Each individual who has been harmed by this dangerous chemical has the right to file their own lawsuit, and McIntyre Law is helping people do just that. This is a national issue— no matter where in the country you live, we can help. We’re based in America’s heartland and still believe in small-town service and values. You can call our founder Noble McIntyre anytime to talk about your case.

If you or a loved one have been exposed to Roundup or other pesticides and have developed cancer, you may be eligible to file a lawsuit. If you file a lawsuit, you’ll need to collect all of the medical records related to cancer treatment, as well as documents proving you were exposed to Roundup. You’ll also need to file specific legal documents with the court, like petitions and summonses.

Getting medical records can be difficult. The legal requirements for storing them vary from state to state—meaning that your records could soon be destroyed. Court filings must follow guidelines set forth by trained court officials. It can be a challenge when you’re suffering already.

When a lawyer works on a “contingency fee” basis, they’re agreeing to accept a fixed percentage of any monetary rewards from your lawsuit to cover their legal fees. If there are no rewards from your Roundup case, you don’t pay the lawyer. We get paid if, and only if, you do.

The Statute of Limitations for Roundup Lawsuits

The clock is ticking on your right to file a Roundup lawsuit. The specific statute of limitations for Roundup lawsuits depends on the state where you live. We can find out what it is for you. The most important thing to know: If you think you have a case, you should contact us right away.

What compensation can I get from a Roundup lawsuit?

If you or a loved one is suffering from the effects of this dangerous chemical, you could be eligible for a Roundup settlement. Courts don’t just reimburse medical expenses—they recognize the other costs that can result from dealing with cancer. Punitive damages can also be awarded.

Compensation types in a Roundup settlement may include:

Many families have suffered because of Roundup side effects. They need help and may not know where to turn. We’re here to help families get the compensation they deserve.

Scientists have been warning since the early 1980s about the effects of Roundup. Monsanto ignored these warnings and continued to profit. People who are suffering because of Monsanto’s carelessness deserve a fair settlement. We want to help them get it.

Do you have a case for a Roundup lawsuit?

If you or your loved one used Roundup on a regular basis and developed cancer, you may be eligible to file a Roundup lawsuit. We are happy to listen to your story at no cost to you. If we can help, we’ll start your lawsuit right away. We won’t take your case unless we think you stand a good chance of getting compensation, so the call won’t be a waste of time.

Our experienced lawyers will work with you to get fair compensation for you and your loved one.

Monsanto, which manufactures Roundup, is being sued for failing to disclose the risks of using the product. Scientists warned that the product could cause non-Hodgkin’s lymphoma as far back as 1981, but Monsanto continued to claim otherwise.

Glyphosate is the main ingredient in Roundup, among other products. It is used by homeowners and landscapers to kill weeds and by farmers to protect crops. People who work in professions like landscaping and farming, where they use Roundup on a regular basis, are those most likely to have been exposed to dangerous levels of the chemical. 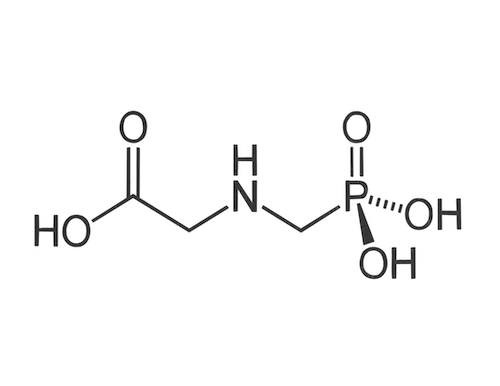 Does Roundup cause cancer? Monsanto has long claimed that it doesn’t. But in March 2015, the World Health Organization announced their conclusion that glyphosate, the main ingredient in Roundup, is “probably carcinogenic to humans.” In Roundup cancer lawsuits, judges have ruled that the scientific evidence is strong enough to warrant bringing these cases to trial.

Reported complications from Roundup include:

Roundup and the EPA

The EPA is responsible for monitoring chemicals like Roundup and deciding if they are safe for the public to use.

Glyphosate, the main ingredient in Roundup, is first introduced.

A study of people in Sweden finds increased risk of cancer for subjects exposed to herbicides and fungicides.

World Health Organization declares that glyphosate, the main ingredient in Roundup is “probably carcinogenic to humans.”

California Environmental Protection Agency’s Office of Environmental Health Hazard Assessment (OEHHA) announces that they intend to list glyphosate as known to the state to cause cancer.

Judicial panel selects Northern District of California as the site of a multi-district litigation trial for cancer patients and their families suing Monsanto.

The EPA's draft glyphosate assessment says that the pesticide is “not likely to be carcinogenic to humans,” contradicting the World Health Organization's conclusion.

The Honorable Vince Chhabria, of the United States District Court of Northern California, issues an order denying Monsanto's requests to dismiss Roundup lawsuits against them.