Is there currently a class-action Xarelto lawsuit?

While there currently are no Xarelto class-action lawsuits, there is ongoing multidistrict litigation (MDL). The MDL originally consolidated 21 lawsuits in December 2014 to the Eastern District of Louisiana. Since then, the number of Xarelto lawsuits filed by victims and their families has grown to more than 20,000 cases.

Courts form MDL lawsuits to make managing large numbers of cases easier on the legal system. MDLs are different from class-action lawsuits because each case remains an individual lawsuit throughout the entire litigation process. In contrast, a Xarelto class-action lawsuit would be filed by only one or two plaintiffs on behalf of an entire group or “class” of plaintiffs with very similar complaints. If individual cases are too different, a court will likely keep the litigation in an MDL form.

For MDLs, courts select representative cases to conduct test or “bellwether trials”. The outcome of these trials determines how the other cases move forward, including possible compensation, but each is still decided on a case-by-case basis. As of July 2018, the bellwether trial selection process is underway for the Xarelto MDL.

MDLs can include thousands of plaintiffs living anywhere within the U.S. Even though McIntyre Law is based in America’s heartland, we can represent you no matter where you live. We help victims all over the country, but we treat everyone like our neighbors. You’re more than just another case number to us, and our founder Noble McIntyre is always a phone call away to answer your questions.

If you have suffered because of Xarelto’s improper labeling, you may be eligible to participate in a lawsuit. But you will be going up against the Bayer Corporation and Johnson & Johnson, two of the largest corporations in the world. These pharmaceutical corporations have almost unlimited resources to fight a Xarelto lawsuit and keep you from getting the compensation you deserve.

McIntyre Law levels the playing field, putting our experienced, strategic attorneys at your disposal. We will be by your side as you gather your medical records and file legal documents that are often highly technical and confusing. Did you know that the amount of time medical providers are required to keep records varies from state to state? We can help you figure out how to get those records before they are destroyed. We will listen to your story and use it to file a Xarelto lawsuit claim that’s correctly prepared and delivered on time.

You don't have to take on Big Pharma by yourself.

Form a team with McIntyre Law and give yourself the best chance of winning your Xarelto lawsuit. Together, we’ll get the compensation you deserve.

The Statute of Limitations for Xarelto Lawsuits

What compensation can I get from a Xarelto lawsuit?

Courts or juries decide how much compensation to award victims who win their Xarelto lawsuit. Often, awards include medical bills, pain and suffering, emotional damages, and lost wages. Courts take all of these circumstances into account when deciding on fair compensation that will offset the damages from taking Xarelto. Some of the common types of compensation include:

The plaintiffs of Xarelto lawsuits argue that the drug’s warning labels didn’t adequately explain the risks of using the drug. At McIntyre Law, we believe that people facing difficult medical choices should have all the facts—not just the ones the drug companies decide are important. It’s our mission to help people who were harmed by Xarelto receive fair compensation for their pain and suffering.

Do you have a case for a Xarelto lawsuit?

If you or a loved one are suffering serious complications after using Xarelto, you may have grounds to file a Xarelto lawsuit. The drug’s manufacturer didn’t adequately warn patients about the risks of severe bleeding, stroke, hematoma, and other side effects. After contacting McIntyre Law, you’ll know whether you’re eligible for a Xarelto lawsuit. We provide a free phone consultation that’s quick, painless, and informative. There’s really nothing to lose, other than the chance to get just compensation for you or your loved one’s injuries.

Let's work together, as a team, to get the justice and compensation you deserve from Xarelto manufacturers.

Xarelto (rivaroxaban) is a blood thinner that decreases your blood’s ability to clot. The drug is a factor Xa inhibitor, which interferes with the body’s natural blood coagulation process by preventing factor Xa, an enzyme, from working properly. It is considered a fast-acting drug because it doesn’t need to be combined with any additional anticoagulants. 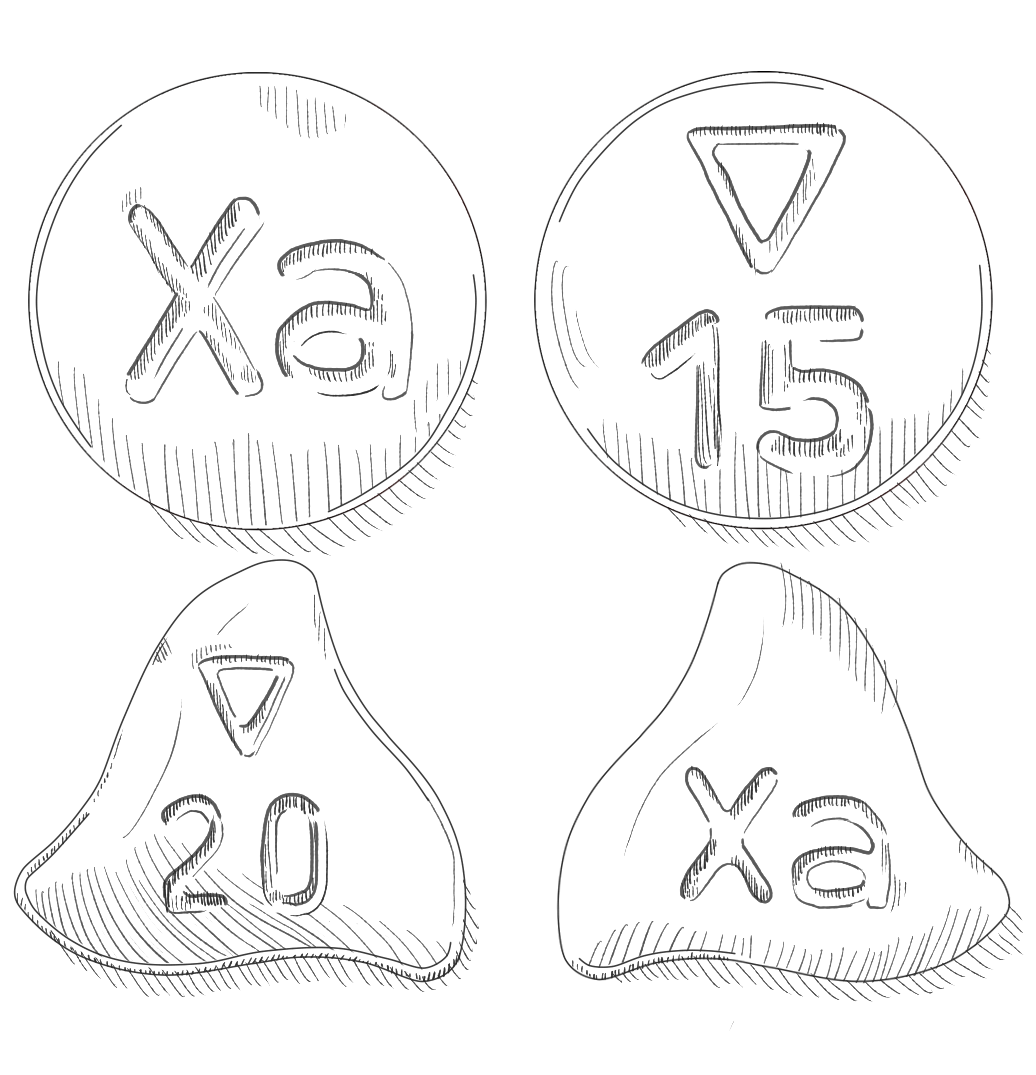 Xarelto is typically prescribed to treat people suffering from dangerous blood clots, such as deep vein thrombosis, a blood clot in the leg, and/or pulmonary embolism, a blood clot in the lung. Patients are kept on the drug during treatment and sometimes after treatment to try to prevent a recurrence. Sometimes, Xarelto is given to hip or knee replacement patients, who may be at a higher risk of dangerous blood clots. The blood thinner is sometimes given to help prevent strokes in patients with irregular heartbeats.

Xarelto Side Effects and Risks

Although Bayer AG, Janssen Pharmaceuticals, and Johnson & Johnson continue to fight existing Xarelto lawsuits, the companies admit that there are life-threatening side effects of Xarelto. Also, unlike the less-expensive drug Warfarin, which is also used to prevent blood clots, there is no antidote for the anti-clotting Xarelto causes. Once bleeding starts, it can be difficult for doctors to stop it.

Possible Side Effects of Xarelto

Xarelto and Warfarin are both drugs that reduce the clotting ability of blood and “thin” the blood. Both drugs work by blocking enzymes involved with the coagulation process, but each works slightly differently because each blocks a different enzyme. Xarelto starts to work within hours, while the full effects of Warfarin may take a couple of days. While Warfarin takes longer to work, there has also been an antidote to reverse the effects of the drug in case of complications. With Xarelto, the first antidote was only approved in May 2018, seven years after the FDA approved the drug.

Despite the serious side effects experienced by Xarelto users and the monetary damages awarded by juries, neither the FDA nor Bayer HealthCare AG have recalled the drug.

Xarelto and the FDA

Since the FDA approved Xarelto in 2011, it has monitored both labeling and side effects of this powerful drug.

(November) The FDA issues the first of 24 revisions to Xarelto's label.

(May) Johnson & Johnson submit application for ongoing use of Xarelto by patients at risk of dangerous blood clots.

How did Xarelto get approved by the FDA?

Xarelto was developed and patented by Bayer Pharmaceuticals. The FDA approved Xarelto even though there was no Xarelto reversal antidote, meaning that doctors cannot easily stop heavy bleeding in patients once it starts.

When the FDA approved Xarelto for use in 2011, they required that the drug’s label include a “black-box warning.” This is the strongest warning the FDA requires and signals that the drug has life-threatening side effects. Since 2011, the FDA has required more than 20 revisions to the Xarelto label as patients and doctors have reported new information about the effects of the drug.