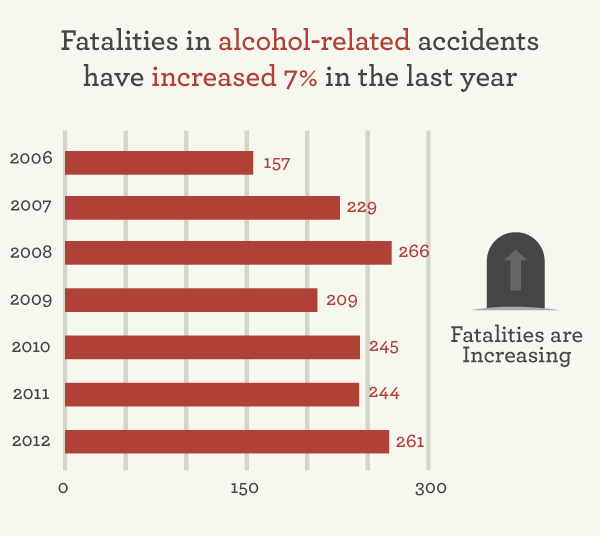 McIntyre Law, P.C. has released its fifth annual McIntyre Law DUI Report with its 2012 statistics. The study is based on statistics from the National Highway Safety Administration (NHTSA), Oklahoma Highway Safety Office (OHSO) and the Fatality Analysis Reporting System (FARS).

Below are a few quick facts based on Oklahoma data over the past five years. More details are available here.

McIntyre Law, P.C. continues to publish this annual report as a way to raise awareness of DUI and its consequences. Our mission is to make Oklahoma’s roads safer and to protect the rights of car accident victims. We provide free, no-obligation consultations to people who have been injured or lost loved ones in drunk driving accidents. As well, we encourage Oklahomans to join the conversation by contacting our Oklahoma City Mothers Against Drunk Driving (MADD) chapter.