Every year across the country thousands of people die in alcohol related car accidents. In the state of Oklahoma, alcohol related car accident fatalities have been increasing since 2006. As part of their mission to improve the lives of fellow Oklahomans through a commitment to safety, for the fifth year in a row McIntyre Law, P.C. is releasing a study of alcohol-related accident trends in Oklahoma. With statistics provided by the National Highway Safety Administration (NHTSA), the Oklahoma Highway Safety Office (OHSO), and the Fatality Analysis Reporting System (FARS) McIntyre Law’s annual DUI report aims to draw attention to the concerning alcohol related accident trends across the state, as well as overarching trends from 2006-2011.

McIntyre Law has been gathering data for the last five years in an attempt to highlight some of the concerning trends in alcohol related accidents, and deaths across the state of Oklahoma. Over that period of time, fatalities saw a significant decrease in 2009, but three years later, fatalities are near the 2008 high of 266. From 2011 to 2012, Oklahoma saw a 7% increase in alcohol-related fatalities. 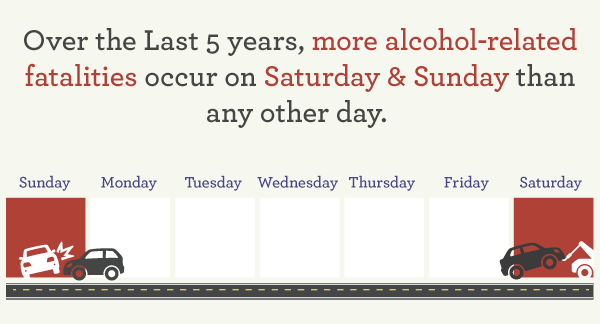 Another area where the trends over this five year period are overwhelmingly consistent, is day of the week. Most crashes occur on Saturday and Sunday. Weekend drinking can turn deadly all too often. 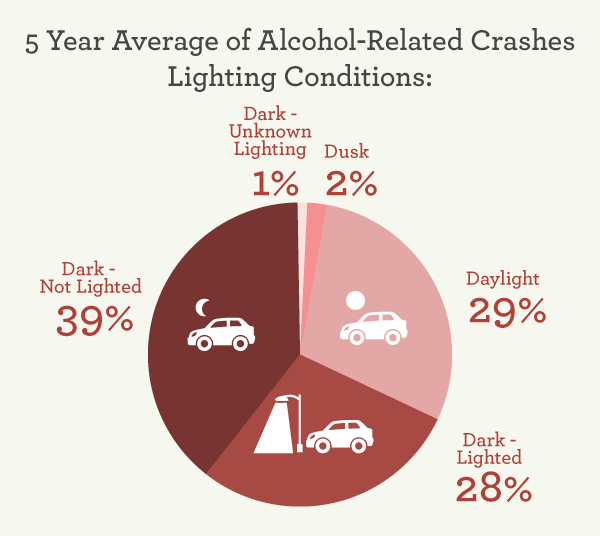 Driving conditions vary in many of the alcohol related crashes throughout this past year, but one of the most overwhelming consistencies among the crashes is lighting. Over the past five years, 38% of drunk driving accidents occurred in rural areas with either poor lighting, or no lighting at all. 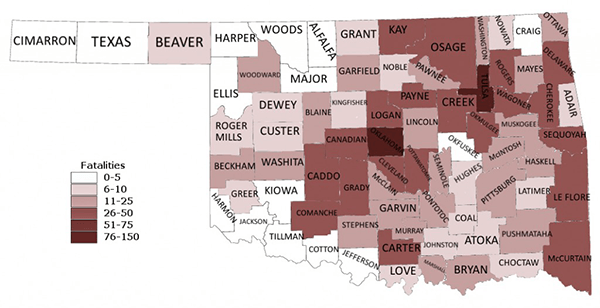 While the overall fatality trend across the state is trending towards more unfortunate accidents, injuries, and fatalities in 2012, it’s important to take a closer look at trends on a county level as well.

Fatalities in Alcohol-Related Crashes by Population, 2006-2012 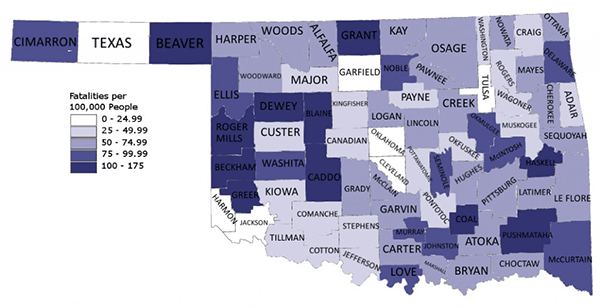 Population density in Oklahoma varies widely from county to county; as a result, the counties per capita statistics more accurately reflect the number of fatalities by population that occurred from 2006-2012, on a county-by-county level. For example Oklahoma County has 142 fatalities since 2006, but its per capita fatality rate is much lower than Roger Mills County.

Increases and Decreases in Alcohol-Related Fatalities by County, 2011-2012 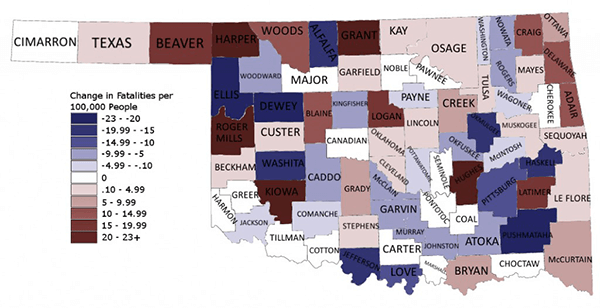 Counties with the Greatest Increase in Fatalities, 2011-2012

Counties with the Greatest Decrease in Fatalities, 2011-2012

Over the past five years we’ve been reporting on DUI statistics and trends to inspire awareness and change. At McIntyre Law, our mission to improve safety and help protect the rights of car accident victims across Oklahoma, means that each year we hope to raise awareness statewide with these drunk driving statistics. There needs to be an active and productive dialogue about how we can fix this problem.If you or a loved one has because of a drunk driving accident, and you need the help of a personal injury lawyer, please contact us for a free, no-obligation consultation.