For nearly a decade, McIntyre Law has been tracking and compiling research on Driving Under the Influence (DUI) crashes in Oklahoma. The data is sobering… or, it should be. Our team gathers data from the National Highway Traffic Safety Administration (NHTSA), Oklahoma Highway Safety Office (OHSO), the Fatality Analysis Reporting System (FARS) and the U.S. Census to determine trends with respect to alcohol-related accidents.

Here’s more of what we know: 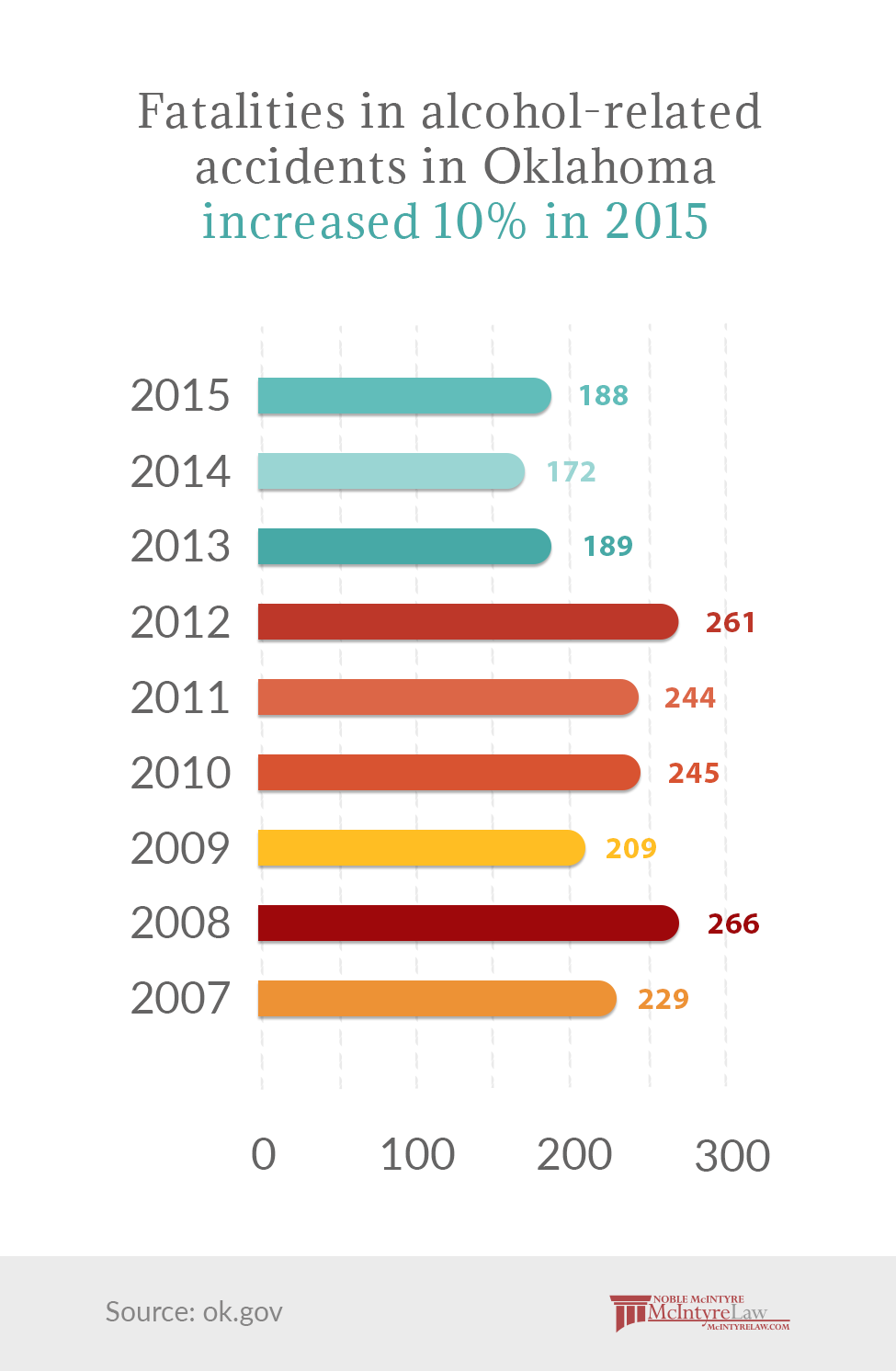 Some other statistics in the report might surprise you. Our annual DUI Report includes maps and charts that show in which Oklahoma counties DUI fatalities are most prevalent, least prevalent, and where they are trending up or down.

Why do we publish these statistics every year?

We publish these DUI statistics each year because we think it’s important that the public remain aware of the dangers of drunk driving. Those 188 people who died in DUI crashes in Oklahoma in 2015 might still be alive if people would make some simple changes. For one, select a designated driver if you’re heading out and intend to drink. That person should not be drinking at all and can be in charge of making sure that everyone in your group gets home safely. Another way to avoid a DUI fatality or accident is that if you’re in doubt, don’t hesitate to find another ride. There are plenty of options… taxi, Uber, Lyft… or call a trusted friend or family member. If there’s any question about your ability to drive safely, don’t take the chance. It’s never worth your life or someone else’s.